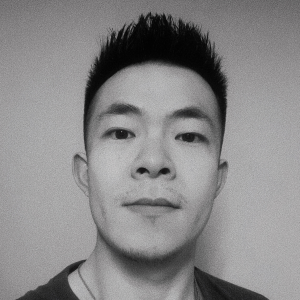 Love, Death & Robots – An Attempt to go Further in the Era of Streaming

Why is Love, Death & Robots considered a liberation of animation creators, a paradise for animation enthusiasts, and a new exploration of the animation industry?

On May 14th, the second season of Love, Death & Robots was officially released on Netflix.

Speaking of high-quality animated series in recent years, Love, Death & Robots, which was released in 2019, is undoubtedly considered as an animation masterpiece for many people.

My previous blog post discussed the pros and cons of Netflix entering the Japanese animation market. This article will share with you the development of animation in the media streaming era from another perspective.

In recent years, the prosperity and development of ACG has led to various subcultures in the sidelines of mainstream culture: cyberpunk, steampunk, Cthulhu mythos, apocalyptic and post-apocalyptic and so on. But these are still labelled as niche groups, and the media does not discuss more than games, animations and movies.

These traditional media also do not tilt their resources towards subcultures, coupled with the inherent exclusion of minority groups. Except for the few subcultures that strive to integrate into or become mainstream cultures, the rest can only face degeneration and extinction.

However, with the innovation of media communication, the emergence of media streaming changed this pattern and broke the monopoly of traditional media.

In traditional media, it would be hard to imagine a company that ignores the box office and only considers data traffic, but media streaming platforms do it. This uniqueness has enabled Netflix, HBO Max, Prime Video and others to revolutionize the future of digital entertainment.

Subcultures which have been labelled as niche in the past are no longer considered weird for streaming platforms, and have even become catalysts for these platforms’ explosive growth. Love, Death & Robots is the first gift Netflix gave to these niche groups.

Looking back at history, one would realize that Love, Death & Robots is not a pioneer of these subcultures. As early as 1981, this ship has sailed with the release of the movie Heavy Metal.

This is a segmented movie composed of nine cyberpunk stories. Putting aside the animation technologies used, it can prove to be a worthy competitor to Love, Death & Robots. It is not only the pioneer, but it also laid down the sci-fi framework for American animation.

This company, which started by relying on film and television rentals, invested $17.3 billion towards content creation in 2020, and it is estimated that this figure will reach $26.3 billion in 2028.

If the transformation of the media made its exponential growth possible, then consistent creativity and profound themes were its key to reaching its level of popularity now.

Sufficient budget and the great free creative space mentioned in the previous blog provide a guarantee for the quality of Love, Death & Robots. With enough budget, companies and studios who participated in the production also regarded this series as a display of their strength, and showed their level best work in the pictures and art.

Because of this, we can see the different animation styles in the works: the combination of multiple types and forms. It highlights a harmony of different elements such as science fiction, fantasy, comedy, horror, etc., with 2D, 3D and stop motion animation.

Netflix’s indulgence to animation will allow to see the infinite future of animation development- however, it can also bring chaos and we need to be wary of this freedom.

Free original content can also mean inconsistent quality. This was proven to be true after the second season of Love, Death & Robots was released.

Since the release of the second season of Love, Death & Robots, its ratings on Rotten Tomatoes have been cut directly from 93% from the first volume to 52%.

Well, it lacked the originality of the first season, I don’t think any of the scenes was funny, and it basically didn’t made any sense…  [sic] – zekikirnaz

It’s kinda depresing how much work went into episode that didn’t amount to anything. Was it supposed to be scary? Tell a good story and be impactful? Because if the only goal was to show off the vfx and animations then in my opinion it was a waste. [sic]  – kviner-28295

Undeniably, there were more elements of peacocking, instead of focusing on fascinating stories and meaning that the first season had. The production level has improved, but apart from aesthetics, there is nothing new to offer to everyone.

As the blogger Nicky said, the script and ideas are very monotonous and thin.

From the perspective of originality, most of the short films in the second season deconstructed or even repeated the classics. These themes seem to be adapted from other science fiction movies. For example, the episode Life Hutch is not much different from most space rescue animations or movies.

In addition, coupled with the small ups and downs of the plot, they were mostly predictable. This does not help out with the visual fatigue caused by the sensory simulation from watching the show.

Despite the mixed reviews and ratings of the second season of Love, Death & Robots, this venture has not necessarily become meaningless. The independence they possess is a resistance to mainstream film and television works. We should cherish their efforts, at the very least.

First of all, this is a large-scale experiment conducted by Netflix for its viewers.

The biggest advantage of the streaming era is that creators monitor the audience and popularity of content through real-time feedback of data to identify interest groups.

Secondly, the animation production teams who participated in the show got a ticket into the animation market under the monopoly of the giants.

This type of animation series can test the capabilities of a team with a limited of amount of resources and time, laying the foundation for Netflix’s global animation framework and cooperation.